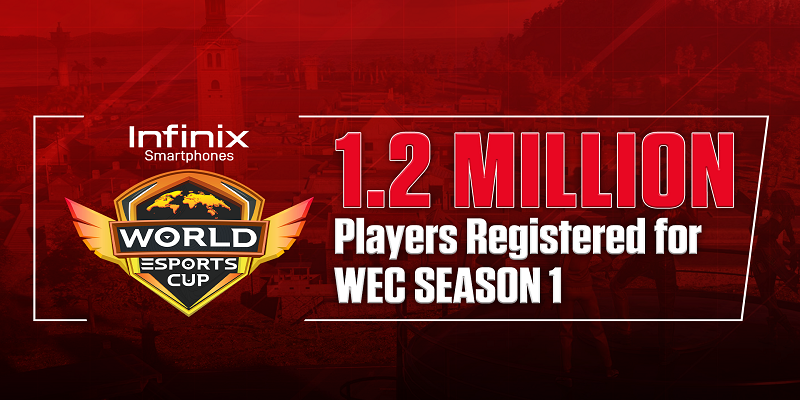 With an aim to provide gamers a much-needed platform to showcase their skills with a pride of representing one’s own country, the upcoming WEC 2021, which kickstarted from 25 November, has been witnessing an exciting action in presence of top esports athletes from India, Pakistan and Nepal. Owing to the Covid-19 pandemic, the tournament, however, will be played virtually over a period of three months, where athletes will compete in one of the most popular battle royale games, Free Fire.

“It’s heartening to see such a massive response not just from India but also from Pakistan and Nepal for this tournament. While we launched WEC ’21, we strongly felt there was a need to create a platform where gamers and esports athletes of the region come together and compete and help each other professionally as well as financially, and these whooping registration numbers only have validated our beliefs,” said World Esports Cup director Vishwalok Nath.

The registration phase, which started on 23 October, has received 10,35,915 entries from India while 71,549 and 34,537 gamers have registered from Pakistan and Nepal respectively. With participants from the smallest towns to the top metros registering for the championship, Delhi has topped the chart with close to 37lac registrations followed by Mumbai and other cities. Most registrations have been received from the age group of 17 to 20 years with 5,55,377 players opting to compete while close to 70,000 youngsters have registered from the age group of 13-16 years.

“Our goal is to become a single opportunity point where every gamer, wanting to compete, can find an opportunity of his or her choice. In WEC ’21, based on the registrations received, the competitive age category pans from 13 years to 25+ and our motive will be to ensure talents don’t go unnoticed whether they come from a small city or a big one,” Nath further added.

The best 12 teams will be chosen in each country and 12 top teams will be invited to compete with them before the top four teams from each country will come together to compete amongst one another. The inaugural edition will also witness athletes fighting for a whooping prize pool of Rs 75 lakhs apart from aiming to win the title. Smartphone maker Infinix Smartphones is the title sponsor of the World Esports Cup 2021.

The tournament group stage is currently going on and the thrilling action from the event are streamed live on official YouTube and Facebook channels of India Today and Aaj Tak along with their website.