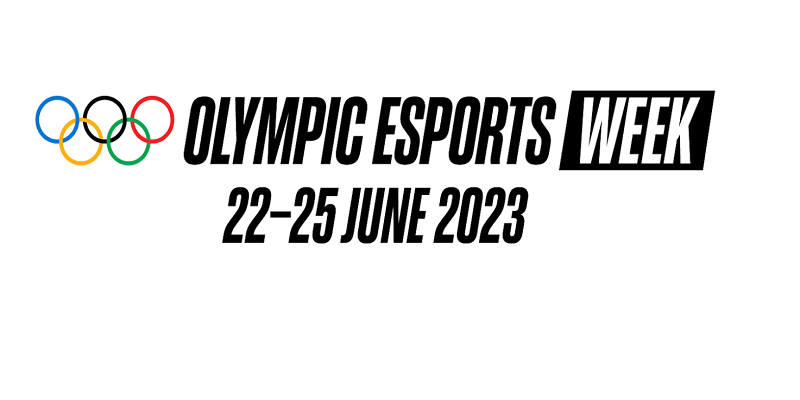 The International Olympic Committee (IOC) has confirmed that its inaugural Olympic Esports Week will take place in Singapore between 22 June and 25 June 2023.

The announcement marks the next major step in supporting the development of virtual sports within the Olympic Movement and engaging further with competitive gamers.

In partnership with the Ministry of Culture, Community and Youth, Sport Singapore and the Singapore National Olympic Committee (SNOC), the Olympic Esports Week will showcase the best of virtual sports – hybrid physical and simulated sports – with the four-day festival, including exhibiting the latest technologies, panel discussions, education sessions and show matches.

The highlight of the week will be the first in-person live finals of the Olympic Esports Series, a global virtual and simulated sports competition created in collaboration with the International Federations (IFs) which builds on the successes of last year’s Olympic Virtual Series. The 2021 series attracted over 250,000 participants from across 100 countries to take part in competitions in virtual and simulated sports including baseball, motorsport, cycling, rowing and sailing.

Speaking about the announcement, IOC president Thomas Bach said: “The first Olympic Esports Week marks an important milestone in our ambition to support the growth of virtual sports within the Olympic Movement. We believe the exciting new format of our virtual sports competition, with live finals to be staged for the first time, is an opportunity to collaborate further with esports players and to create new opportunities for players and fans alike. It is a perfect opportunity to be partnering with Singapore, which has a history of supporting innovation in the Olympic Movement, hosting the inaugural Youth Olympic Games in 2010, so we are looking forward to working together closely.”

SNOC Board member and IOC vice-president Ng Ser Miang said, “The Singapore NOC shares the Olympic Movement’s ambitions of exploring the development of virtual sports. Singapore has a track record of successfully hosting some of the biggest events in the virtual sports and esports calendar – we are honoured to be collaborating with the IOC to bring this shared vision to life.”

Here’s what some of the esports industry experts react:

8bit Creatives founder and CEO and India’s ex-esports athlete Animesh Agarwal shared, “While the Esports community is wondering about the next and the best possible steps to integrate Esports into the Olympics, as well as other multi-sports global events, this inaugural edition of the Olympic Esports Week, will surely play a crucial role in establishing esports /virtual sports as an integral part of the sporting universe. With International Olympic Committee (IOC) taking this concrete initiative it is imperative that we as the esports community start having the right dialogues with the stakeholders that matter. I must add that we are fortunate to experience the change, which also means it is our responsibility to create a strong and unified voice for the Indian Esports community going forward. We also hope that apart from virtual and simulated sports that happened in last year’s Olympic virtual esports series, prominent esports titles like DOTA 2, FIFA, Hearthstone, League of Legends and Valorant will also make their entry into this year’s event and further leverage the humongous audience base of competitive gaming around the world.”
Esports Federation of India director and Asian Esports Federation (AESF) vice president Lokesh Suji shared, “After Esports being proposed as an official medal sport of AIMAG 2025, this news further fortifies the dawn of Esports as a mainstream sport in international multi-sport events. The combined efforts of numerous major international organizations along with the International Olympics Council (IOC) are bearing fruit for the global Esports community and giving them a platform to make their country proud by bringing laurels on the international stage. IOC, the apex body of sports continuing its engagement with esports is proof of the potential of esports and it is a phenomenon that cannot be ignored. We hope that Esports gets official recognition as a sport in India just like other countries as it will enable us to go full throttle and scale great heights in video gaming. Soon enough, every individual in the country will seek to be involved in this video gaming revolution and the day is not far when esports will also get included as a medal sport in Olympics just like Asian Games.”
Revenant Esports founder and CEO Rohit Jagasia “The entire Esports fraternity will be rejoicing with this welcome news which has certainly been a result of the gaming community’s collective efforts spanning over the last few years. The inaugural edition of the Olympics Esports Week is a testament to global bodies realizing the value of gaming and giving it the recognition that it deserves. With the gaming industry in India growing at such a rapid pace and accumulating never seen before numbers in terms of revenue we can hopefully expect India to be one of the countries that have officially recognized Esports as a sport soon. It is about time that gaming gets included as an official medal sport at all major multi-sport events and it will be an immense pleasure to see India become a dominant force in it.”
Alpha Zegus founder and director Rohit Agarwal shared, “After the great success last year, many gamers were looking forward to Olympic Esports week, and what better location than the commercial epicenter of Asia Pacific, Singapore! Fingers crossed for more opportunities for India now, and for more of our local and national teams to take part. Also, this will fuel the esports ecosystem and the sporting event further leverage the huge viewership base of competitive gaming around the globe.”
Go to mobile version