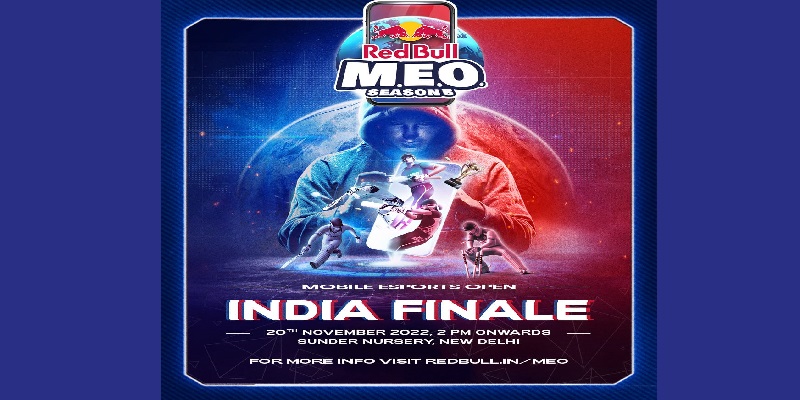 After an incredible fourth season that saw players from 30 countries compete in the biggest mobile games of the day, Red Bull Mobile Esports Open’s season five also witnessed a tremendous response. Running from May to January, the circuit features both national and regional competitions in more than 20 countries, with incredible prizes going to the winners.

A whopping 176K gamers participated in the Red Bull M.E.O. Season 5 qualifiers held across three titles: World Cricket Championship, Pokémon UNITE and Clash of Clans. It is now down to the final two to fight it out for the right to be called India Champions.

The India Finale will be held at the scenic Sunder Nursery in New Delhi on Sunday 20 November 2022. Apart from exciting gameplay action, gaming enthusiasts have an opportunity to meet and greet with some of the biggest names in Indian gaming including Techno Gamerz, Ankit V3nom Panth, Jonathan, and others.

The event is open for all and will begin from 2 pm onwards.