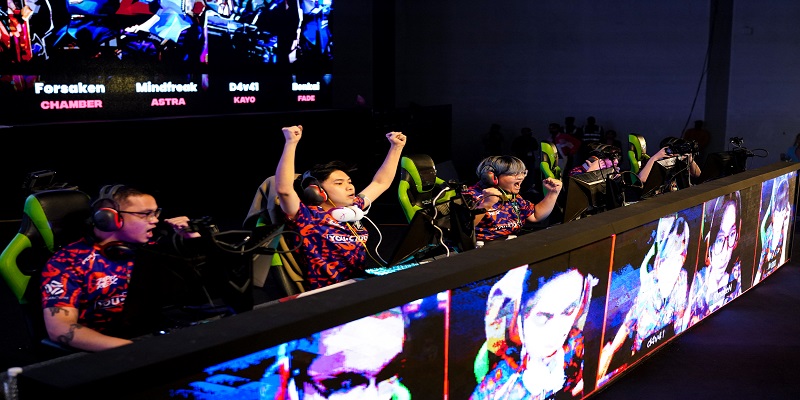 “Bringing a Tier 1 event blended with the music industry was a unique experience for us, and we are extremely grateful to the community for their response. Some of the best teams in the world, 4 of which being debutants from the upcoming Valorant Partner Program all stepped up to the mantle, providing a taste of some Top Class Valorant to come into the new season and format going into 2023.. The astounding viewership indicates that Esports is set to make history in India, both in terms of growth and the growing interest among Esports fans. Competitive Esports events like the Valorant India Invitational are setting a high standard and working towards propelling the industry to great heights and the response is a testament to that journey. We are also thankful to all our sponsors and stakeholders for their support and belief. “This is just the beginning of a new era,” said Galaxy Racer chief gaming officer Siddharth Ravishankar.

The world’s most popular star-studded eight teams, including two Indian outfits, competed in the nail-biting grand finale, which witnessed power play and highly competitive gaming from all the participating teams during the LAN finals at the GMR Arena in Hyderabad last month.

Expressing their excitement about playing their debut LAN event in India, the attendees from Team Heretics said,“Valorant India Invitational and Sunburn Music Festival in Hyderabad was definitely something special for us as a team.  It was great to play our first LAN as a team and also get to play against other teams from the APAC region. “The love from the Indian community was great, and we cannot wait to come back soon.”

Alecks, the coach of Paper Rex, also had similar reactions,“Even though the delays were unfortunate, the hospitality of the tournament organizers as well as the cheering from the fans were unparalleled. “I thoroughly enjoyed myself in India, especially the food, which was a high-risk but high-reward situation as the spices could sometimes be overwhelming.”

The Indian Esports enthusiasts witnessed some of Valorant’s biggest names and teams battling against each other for the very first time, courtesy of the Valorant India Invitational. The magnitude of the event and the reaction of the fans attest to the potential of this PC-based game in India, especially with innovations like the cocktail of music and Esports.

“The GXR India Invitational was a superb time for myself and the team. It was great to have the privilege of attending our first LAN event in India, one of such prestige and exciting experience. Looking forward to our next GXR event, which I hope will be very soon!” said Bleed Esports’ head of esports Anthony Impression Lim.