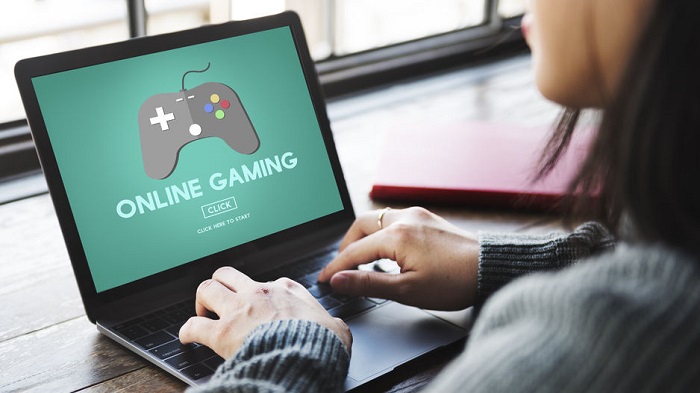 With the Indian government’s Ministry of Electronics and Information Technology (MeitY) weighing on the proposed amendments to the IT Rules 2021 in relation to online gaming, the Indian video games industry has requested a regulatory distinction between video games and real money games. It has also seeked a stakeholder meeting with MeitY.

The representation letter to the Indian government was signed by over 40 companies from the Indian video games and esports industry.

The current draft notification combines “video games” and “online games played for stakes” into the same regulatory purview. This is a move that risks derailing the extensive and exemplary vision and goals set forth by the Government initiatives at the Central and State level. Globally, online games that do not involve staking money and are purely played for entertainment are typically categorized as “Video Games” and the industry developing and publishing them is referred to as the “Games Industry” or “Video Games Industry”; all online games that involve staking of money such as Real Money Games (RMGs) and Fantasy Sports are governed by separate online gambling legislation of the respective nations and the industry that develops, publishes and operates such RMGs and Fantasy Sports is collectively referred to
as the “iGaming Industry”.

This distinction is so stark, that no country in the world includes revenues from the “real money games played for stakes” industry while preparing market research reports and analyzing data points such as revenue generation, taxes, user base etc. Globally the video game and esports industry is valued at 184 billion USD in 2022 and excludes revenue from RMG and Fantasy Sports games played for stakes. Such a clear distinction exists in other markets overseas for a variety of reasons as outlined in the comparative table below:

The Indian video games industry requests and recommends that the MeitY as the nodal agency for ‘online gaming’ should take cognizance of the nuances between the two industries and should adopt measures that are in line with global best practices.

To that effect, the video games industry puts forth its recommendations as below:
1. Creating a regulatory distinction between “Video Games” and “Online Games that are played for stakes” in line with global best practices, as opposed to bringing them within a broad categorisation and definition of ‘online gaming’; The video games industry understands that the Government of India has its fair concerns over video games in response to which the video games industry has the following two recommendations based on global best practices to address the concerns:
2. Video games be regulated through an India-specific age and content rating mechanism by setting up a Video Games Industry specific SRB in line with global standards such as PEGI in the EU and ESRB in North America; and
3. Creating a robust framework to deal with issues such as children’s addiction to video games, their exposure to in-game purchases, age-inappropriate content and online harm. These frameworks are also to be ideally regulated by the Video Games Industry specific SRB in line with global standards such as COPPA in the USA and GDPR in the EU.
Indian companies that have signed this representation letter include Ludo King maker Gametion, Nodding Heads Games — developer of Raji: An Ancient Epic, FAU-G developer Ncore, India’s biggest streaming platforms — Loco and Rooter, as well as Indus and MaskGun creator SuperGaming to name a few. The organizer of this representation is Chennai-based Outlier Games.

Signees from the Indian gaming and esports industry: 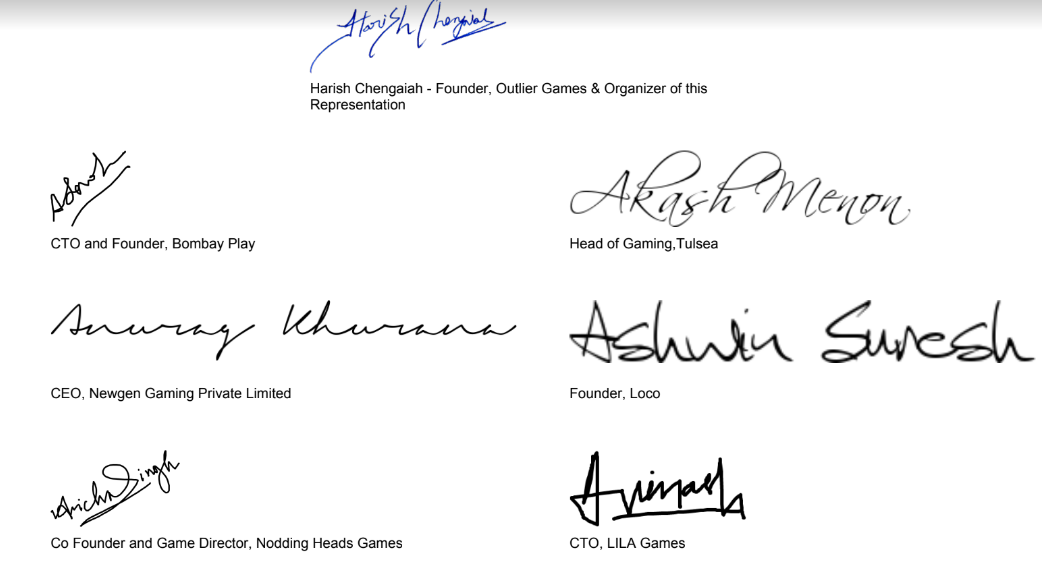 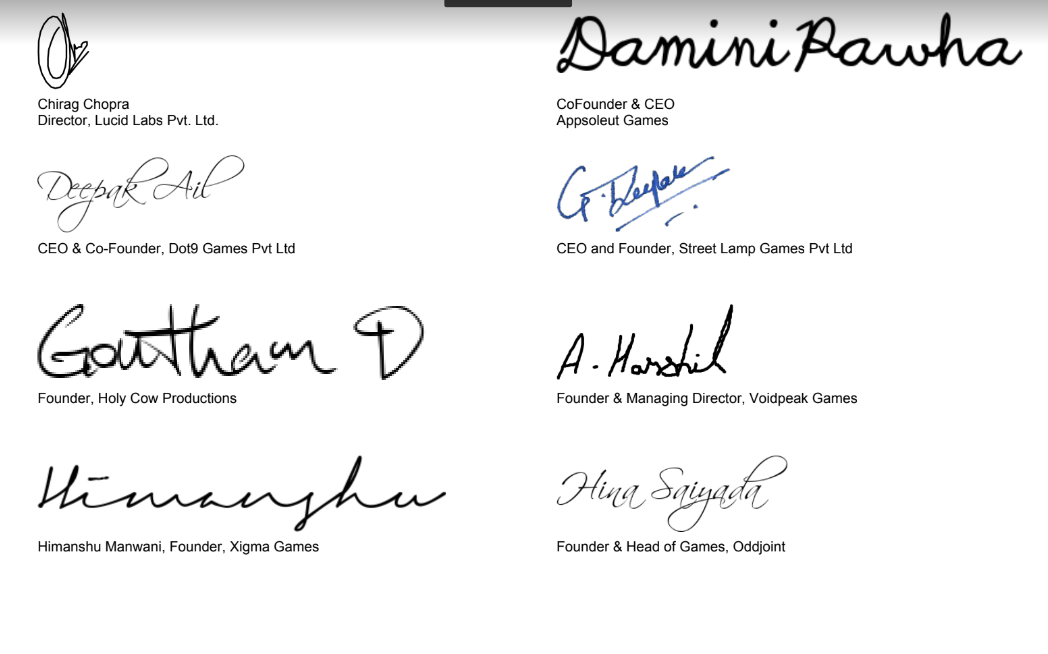 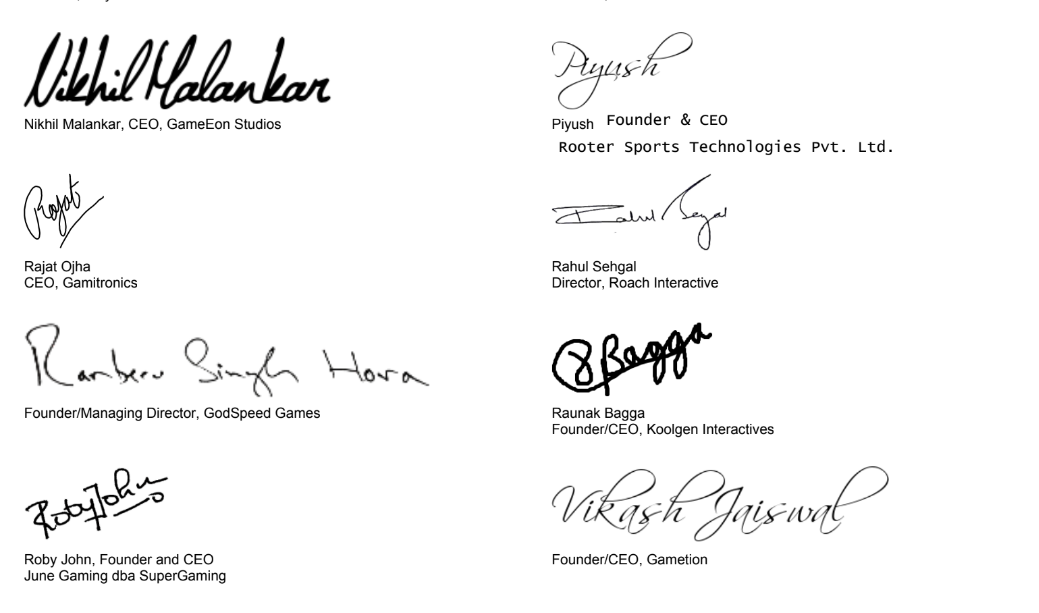 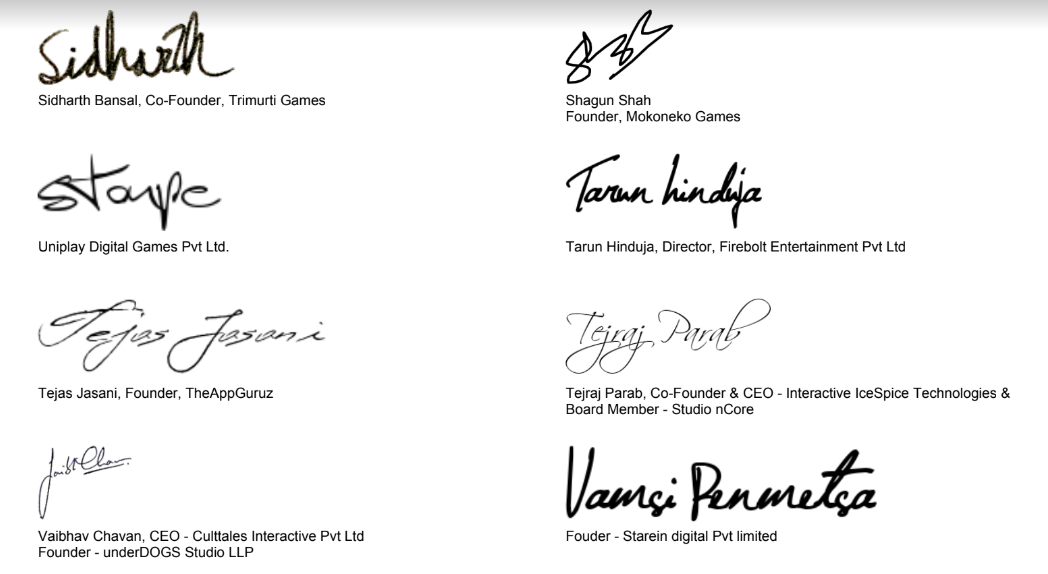