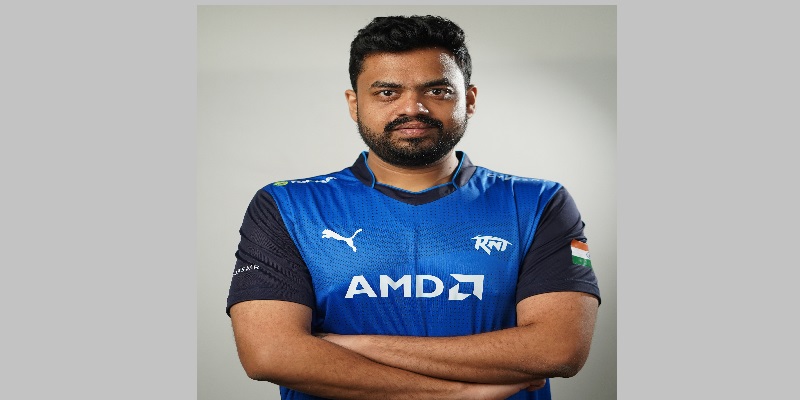 Revenant Esports, one of India’s leading and fastest-growing esports organisations, have signed Tejas Sawant, one of the most notable names from the Valorant community in order to establish their name as the country’s most dominant team in the title.

Sawant, popularly known as “rite2ace” is a celebrated veteran of the Valorant community who is renowned for his attacking supremacy and his consistent triumphs in numerous tournaments. His unique skill set and ability to single-handedly influence games will come in handy for Revenant Esports in their upcoming tournaments.

Revenant Esports is one of India’s substantial teams in the Valorant title and has flourished in the Esports title since its roster’s inception. Led by skipper Saaransh Dang (Whimp) their roster consists of players of top-notch quality that led them to the Esports Club Community Cup title earlier this year.

“We are extremely happy to welcome Tejas Sawant to our Revenant Esports family. Everyone in the Esports community is well aware of his name and the signing of such a high-profile player is going to strengthen our team. With Valorant picking up immense popularity in India, we aim to become one of the dominant teams in the title and this signing is a significant step taken in order to accomplish our goal. I am confident that we are going to achieve immense success with Sawant in the team and would like to wish our entire roster all the best for the upcoming tournaments,” said Revenant Esports founder and CEO Rohit Jagasia.

Sawant, a former CS:GO professional has previously represented Team Velocity Gaming and won the Skyesports Pro Invitational, TEC Challenger Series and VCC 2022: Stage one earlier this year. In his recent triumph at the Skyesports Pro Invitational S2, he recorded 233 kills and 89 assists in 16 maps and accumulated an impressive K/D ratio of 1.14 in the entire tournament.

Expressing his joy on signing for Revenant Esports Sawant said, “It feels really amazing to join a team of Revenant Esports’ caliber which has achieved unbelievable growth in such a short period of time. I have thoroughly enjoyed my time in Valorant with my previous organization and look forward to this new chapter of my career. I hope that my vast amount of experience can assist the team in achieving glory and emerging as one of the top teams in the title. I cannot wait to meet my new teammates and rigorously practice as well as formulate strategies for the major tournaments in store.”

After Sawant’s addition, Revenant Esports’ Valorant roster will be as follows,

With the additions of 1TaPGoD and rite2ace, Revenant Esports are forging a supreme roster of extremely talented individuals which will help them scale remarkable milestones in Valorant not just in India but also globally.