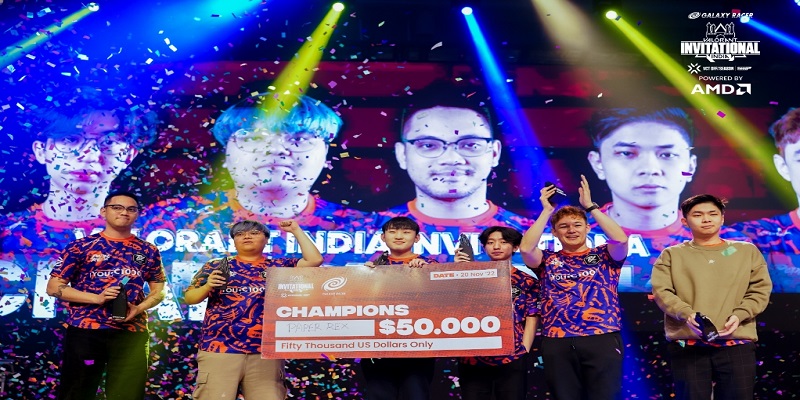 Singapore-based pro-outfit Paper Rex showcased their mettle as they triumphed over Team Heretics in a spectacular grand final to emerge champions of the first-ever Valorant India Invitational by Galaxy Racer India powered by AMD.

With hundreds of passionate fans in attendance, Paper Rex continued the impressive consistency that they have shown in Valorant Championships throughout this year and put on a sensational display to outperform their Spanish opposition with a 3-1 scoreline in the best-of-5 clash.

Courtesy of this triumph, Paper Rex will take home $50,000 as prize money while their opponents Team Heretics secured $20,000 for finishing as the runners-up. 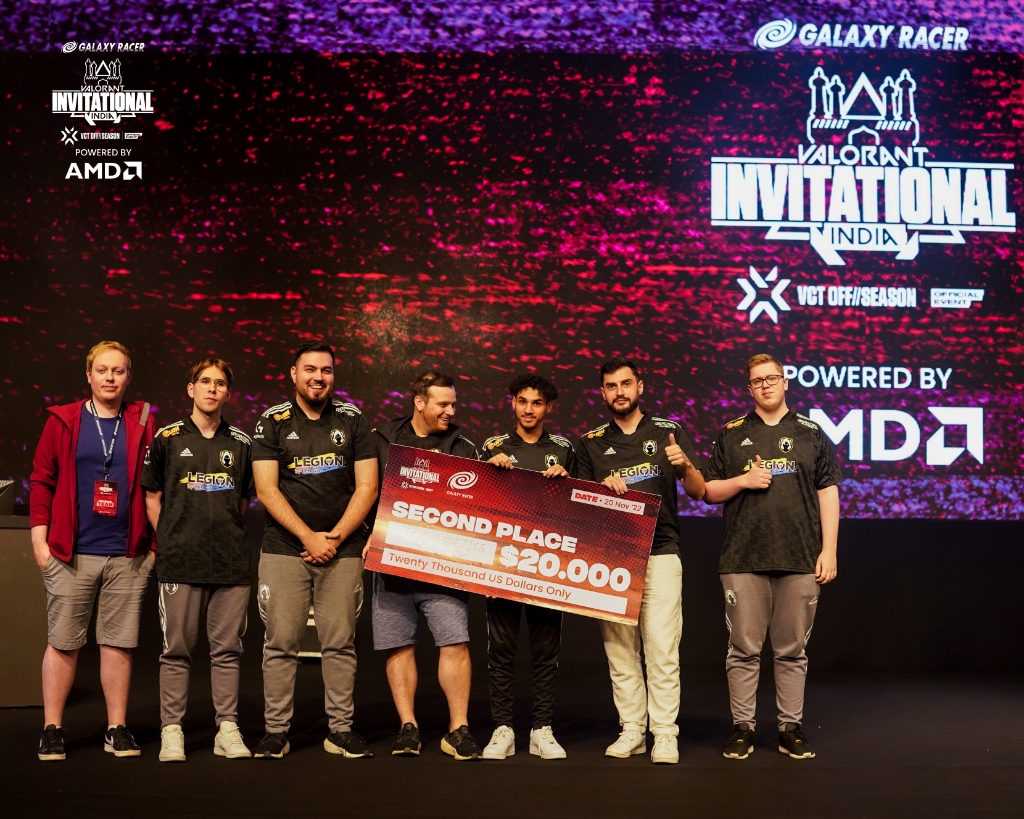 “The Grand Finals were a true reflection of the magnitude of the entire tournament as we witnessed some high-intensity matches from some of the best pro players in Valorant. We are very happy with the performances of every team, especially the Indian teams who went toe to toe with their international counterparts and gave their best. The support from the audience who turned out in large numbers to show their support for their beloved teams was equally encouraging. Congratulations to Paper Rex on becoming the winners and the amazing victory, we hope to see more such teams competing again in India soon,” said Galaxy Racer chief gaming officer Siddharth Ravishankar.

The first map was a closely contested game between the two finalists in which the team from Singapore edged out their opponents 13-11. Despite Team Heretics coming back into the game by prevailing in the second map, the determination of the eventual champions did not falter one bit as they came back from behind to win the next two maps 13-10 and 13-8 respectively and clinched the coveted trophy.

This was Paper Rex’s third major Valorant success this season having won the VCT Stage 1 and Stage 2 earlier in 2022. Jason “f0rsakeN” Susanto and Khalish “d4v41” Rusyaidee’s heroics were vital to this victory as the duo led their team in average combat score (ACS), K:D, Kills Assists Survived Traded (KAST) %, average damage per round (ADR) and kills per round (KPR).

Khalish “d4v41” Rusyaidee, star player of Paper Rex expressed his gratitude after winning the tournament saying, “It’s definitely a great feeling to be able to win this championship as we have been on a break since the Istanbul championship. I am very happy with how we have performed given the trust all of us have in each other to go all the way and continue our winning ways. Overall I am delighted with this result and our amazing performance in this tournament.”

Apart from the two finalists, semi-finalists Bleed Esports and Team Secret each won $10,000 while the other four teams: Enigma Gaming, Rex RegumQeon, Boom Esports, and GodSquad secured $2,500 each for their efforts in the tournament.

Global Esports’ GodSquad, the sole Indian team to get a slot at the Valorant Champions Tour 2023-24 produced formidable victories against Bleed Esports and Boom Esports in the group stage but narrowly missed out on the semi-finals due to game difference.

Being the first international LAN Valorant tournament taking place in Southeast Asia, Valorant India Invitational witnessed sensational action from eight top-notch teams and was one of the biggest tournaments held in India this year. The Championship also witnessed a collaboration with Sunburn, Arena to showcase a mix of esports and music for the very first time.