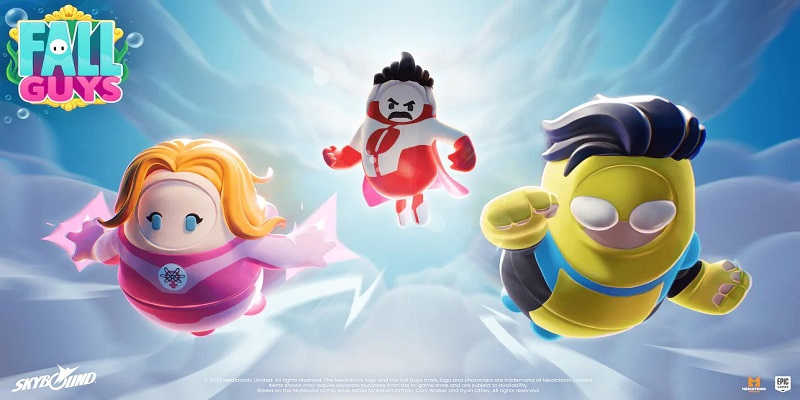 Skybound Entertainment is excited to announce Invincible themed Cosmetics are available now in Fall Guys. Until 10January and in time for Invincible’s 20th Anniversary, suit up your beans in Costumes fit for a Guardian of the Globe.
​
​Created by Robert Kirkman and Cory Walker, Invincible #1 debuted to critical acclaim on 22January 2003. Soon after, they were joined by artist and contributing creator Ryan Ottley. Throughout its fifteen-year run, Invincible not only continued for a historic 144-issues but also spawned multiple spin-off series. In 2021, the Invincible animated series arrived on Amazon Prime and quickly became one of the most popular new streaming series of the year, earning praise worldwide for its fresh storytelling. With a second season set on the horizon and new comic book projects to be announced, Invincible remains a cornerstone of the pop culture landscape that continues to grow in popularity every year.

​“From the launch of the comic series twenty years ago to the current Amazon Prime hit series, Invincible has garnered millions of fans, and now we’re excited to watch this base grow even further with our inclusion in Fall Guys.Skybound will continue to bring this universe to life in a variety of fun and interactive ways in the coming year and this partnership will give audiences a true taste of their favorite characters, now in gaming. This is only the beginning for Invincible fans.” said Skybound Games managing partner Dan Murray.
​Available until 10January:

In addition, Nameplates and Nicknames inspired by the show and comics will also be available.
​