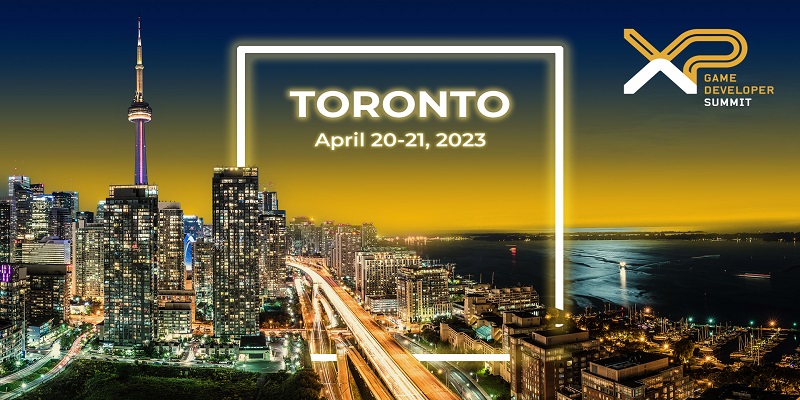 XP Gaming to announce that the XP Game Developer Summit will return to Toronto for its fourth year at the Westin Harbour Castle on 20April and 21April, 2023.

The XP Game Developer Summit is the premiere business-to-business conference for the gaming and esports industries in Canada. Designed for the industry, it’s a vital part of the Canadian video game sector providing global networking opportunities, world-class speakers, exclusive panels, tailored workshops and more. The summit continues to grow in size and scope, as this year it adds an Esports Business Lounge and Canada’s largest Game Showcase.

Canada is the 3rd largest game developer in the world with almost 1,000 studios generating $4.3 billion in revenue and contributing $5.5 billion to GDP in 2021. The XP Game Developer Summit was designed to support that growth by providing an essential opportunity for industry stakeholders to connect and collaborate.

“We’ve seen first-hand how powerful it is to build the right connections at the XP Game Developer Summit. For our 2023 events, we’ve invited publishers and investors from across the globe to connect with our Canadian industry and help it grow even greater,” says XP Gaming founder Jason Lepine.

New to the event this year is the Esports Business Lounge, an area dedicated to businesses looking to connect and grow in the fast-growing esports industry. With approximately $1.5 billion CAD in global revenue in 2021 and a year-on-year growth rate of 26.7 per cent, esports has become a significant part of the gaming industry.

They are also introducing Canada’s largest Game Showcase!Which will feature a massive mix of games on multiple platforms, this area will be open to the public via single-day Game Showcase passes. In addition to offering people the rare opportunity to play innovative titles that haven’t even hit the market yet, this showcase also offers studios the chance to show off their games to consumers, potential investors, publishers, as well as each other.

Speakers, panelists, and workshops are still being added and will be announced in the coming weeks.