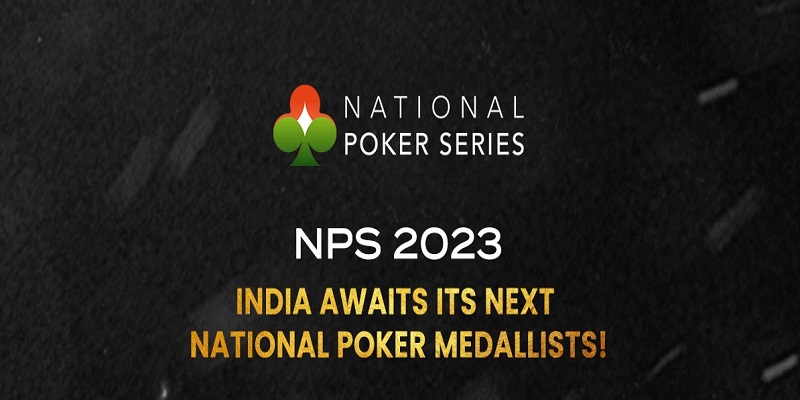 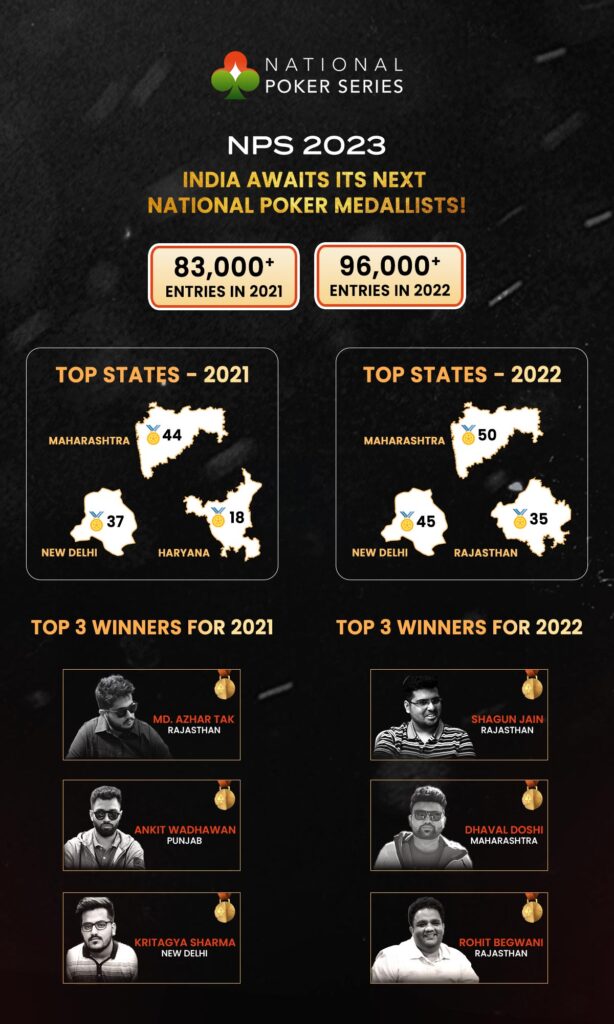 , hosted on PokerBaazi is expected to commence its third edition in 2023. National Poker Series India over the last two editions has witnessed immense success. The overwhelming participation was not just restricted to the metros, even tier 2 and tier 3 cities saw an impressive number of players playing and winning the medals thereby proving the growing popularity of Poker across India.

The tournament’s year-on-year growth has been an eye-opener for many with the 2021 edition registering 83,000 entries and last year’s edition drawing as many as 96,000 entries. National Poker Series, since its inception, has glorified the heroes of Indian Poker and recognizes the skill involved in this mind sport.

In the last two editions Maharashtra (94), & New Delhi (82) have been leading the medal tally with Rajasthan (46) Uttar Pradesh (41), Haryana (39) completing the top five. While states have been giving each other a run for the glory, individual players have also ensured that they give each other cut-throat competition.

Poker is fast capturing the minds and imagination of people all over India including prominent influencers and podcasters. People are taking on social media platforms about how the game is fun and thrilling and at the same time teaches so many valuable life lessons. Poker has transcended boundaries in the west, whereas India is now fast catching up to the idea of Poker as a sport. With the tournament likely to see more participation even from the hinterlands of India, National Poker Series will continue with its tradition to give an opportunity to its podium finishers to compete in the world’s largest international poker tournament –in Las Vegas, Nevada.