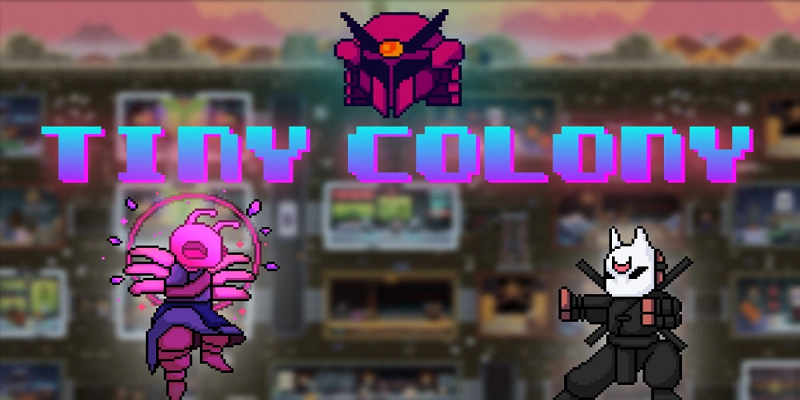 Initially developed on the Solana blockchain, Tiny Colony is migrating to IMX to leverage the platform’s cutting-edge scaling features while retaining Ethereum’s uncompromising security and decentralisation. Prior to the move, Tiny Colony was the top-selling collection on digital marketplace Fractal, with over 18,000 assets sold and $3 million US raised.

By adopting ImmutableX technology, Tiny Colony will be able to offer numerous new features and capabilities, including faster and more responsive performance; improved security; enhanced accessibility for new web3 gamers with the inclusion of a built-in crypto wallet; the option to pay for in-game assets with fiat currency, and more.

“We’re thrilled to welcome Tiny Colony to the rapidly growing ImmutableX family and provide the team with our full suite of tools and solutions to make the game as accessible, engaging, and performant as possible. The team’s goal of building a fun and engaging web3 game that provides a variety of entertainment options and freedom of asset ownership perfectly aligns with Immutable’s own mission to power the next generation of games,” noted Immutable VP of Global Business Development Andrew Sorokovsky.

Tiny Colony’s development team has an extensive background in the Film and TV industry. CEO and Co-founder Arshia Navabi worked on the production team for popular titles on Netflix, Disney, Prime, and Paramount. As a natural storyteller and visionary, Arshia brought together an experienced team of scriptwriters, artists, developers, and animators from lauded AAA studios such as EA, Capcom, and PlayStation to bring Tiny Colony to life.

As one of the first-ever blockchain-based construction simulations, Tiny Colony allows players to build and manage a complex underground humanoid ant colony, following seven different factions, all intertwined through an engaging story and rich lore.

To succeed, players must leverage strategic farming, mining, building cells, hatching larvae, and defending their colony against raiders if they want to survive and thrive. Other game modes in development include Gladiator Wars and Tiny Survivors, where players can use their earned assets across all game modes. Players will also earn NFTs through multiple game modes, which can be used in-game or traded.

Existing Tiny Colony NFT holders can access an MVP version of the game to test the core mechanics and provide feedback to the development team.

“We are delighted to be partnering with ImmutableX as we establish ourselves in the world of web3 gaming. ImmutableX has a strong reputation for creating top-quality games and supporting web3 gaming projects through their native platform. This partnership allows us to benefit from the specialized technical support, product life cycle consultation, and long-term direction provided by the experienced team at ImmutableX as we continue to develop Tiny Colony,” said Tiny Colony CEO and co-founder Arshia Navabi.